Now available is comprehensive greenhouse gas (GHG) data for 2010 from facilities in 9 industry groups, including 29 source categories which directly emit large quantities of GHGs, as well as suppliers of certain fossil fuels and industrial gases  through the EPA’s GHG Reporting Program.  Check out the new EPA’s interactive GHG Map Tool to visual see and identify nearby sources of GHGs which could be a great tool to local governments and businesses to track and hopefully curb their emissions.

Self promoting  I know, but I do  hope readers find both this article and this peer-reviewed, open access scholarly journal useful! My article Embedding your Green Message Through Asynchronous Learning was recently published in the Electronic Green Journal.   This article summarizes a presentation I gave for the Amigos Library Services Going Green 2 online conference in November 2010.  It discusses the idea of embedding green messages within your work, tasks, programs, tools, and teaching will passively or subtly inform others without being forceful. I discuss the large ten module research tutorial  (Path) a team of us here at UNCG created covering concepts from forming a topic to citing sources, in which we embedded the theme of recycling, hoping  users would become more environmentally literate while learning researching skills. The Electronic Green Journal has been published since 1994, semiannually by UCLA Library – think about submitting something to this journal yourself and share your knowledge and work!

A message worth passing along – textbook reviewers needed in all disciplines for education for sustainability!

Are you helping to educate for a more sustainable future? Help impact hundreds of thousands of students by infusing sustainability into textbooks from major publishers and get paid for your efforts.

Textbook publishers have seen the demand from educators and students for sustainability related materials in all disciplines. We have been asked by major textbook publishers, Cengage and McGraw-Hill, to gather names of potential reviewers who are interested in  receiving remuneration for suggesting ideas about how to educate for a sustainable future.  These ideas will be used as examples and themes in their textbook revisions.  If you know of anyone in any academic discipline involved in educating for a sustainable future, please forward their names and contact info to EducationForASustainableFuture@gmail.com (include their discipline(s) in the subject line) and we will follow up with them about these exciting possibilities. 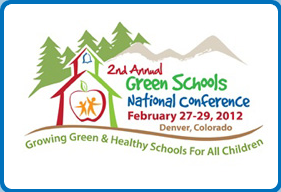 WHAT:  national gathering of K-12 leaders and educators! Find out more and register here.

Also check out other upcoming green student competitions and challenges!

Not such good news,  but important to let you know so you can preserve some of the links:

Due to federal budget cuts,  the National Biological Information Infrastructure (NBII) website at http://www.nbii.gov/portal/server.pt/community/nbii_home/236 will be removed from the Web on January 15, 2012 .  Library of Congress/Web Archiving Team  says that as part of a collaborative web archive project to archive U.S. Federal Government Websites, this site has been crawled by the Internet Archive as a part of that project (though not publicly accessible yet but hopefully it has been preserved.)

Thanks Maria Anna Jankowska for bringing this to my attention!

America Recycles Day  (11-15-11),  a program since 1997, the only nationally recognized day dedicated to the promotion of recycling in the United States gathered community groups in 35 state to embrace the message that plastic bags should not be treated like trash.Over 130 plastic bag collection activities were held to celebrate the annual event sponsored by Keep America Beautiful and aimed at raising public awareness to reduce, reuse and recycle throughout the year.   America Recycles Day includes school-wide collection competitions,  craft fairs showcasing items made from reused plastic bags,  and earth patrols promoting sustainability with help from their toolkit.  Read an article about the day.  be sure to check out the winning video of 2011 America Recycles Day “Recycling is No Joke” video competition: 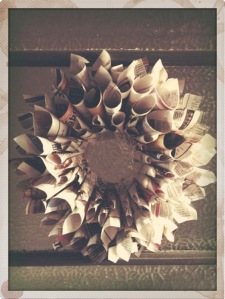 Thinking about next years holiday already? Maybe not but you could start now reusing old  or broken decorations or natural items found around your yard. Get creative in the new year and have fun – at your school or public library,  host a hands-on program for people to make upcycled/recycled holiday decorations   You can even put out a table of goodies, welcoming back college kids to the library, allowing them to get creative and enjoy being back on campus.

The How Do I Recycle This?  blog offered a great  ideas in 2010 (button wreaths,  origami decorations,  tin stars, star lights, and other fabulous ideas.) and now offers more for end of 2011 like old newspaper ball ornaments, ornaments from old sweaters, Christmas trees from twigs, paper chains from old maps, and old newspaper wreaths.

Going Green @your library
Create a free website or blog at WordPress.com.